Right at the beginning of his book, The Magazine Blueprint, Dublin-based editor, writer and publisher, Conor Purcell, warns the readers that if they are looking for breathtaking design and photos, this book isn’t meant for them. The Magazine Blueprint means business. It’s an extremely well-researched book, filled with actionable advice and information. We must add to Conor’s warning though – if you are in the independent magazine space, this book will make you rethink and question a lot of things you have been doing. The book is based on Conor’s interviews with various people in the magazine business (both independent and mainstream) and interspersed with his colossal experience of launching and relaunching magazines around the world.

TFM talks to Conor about all things magazines. Edited excerpts: 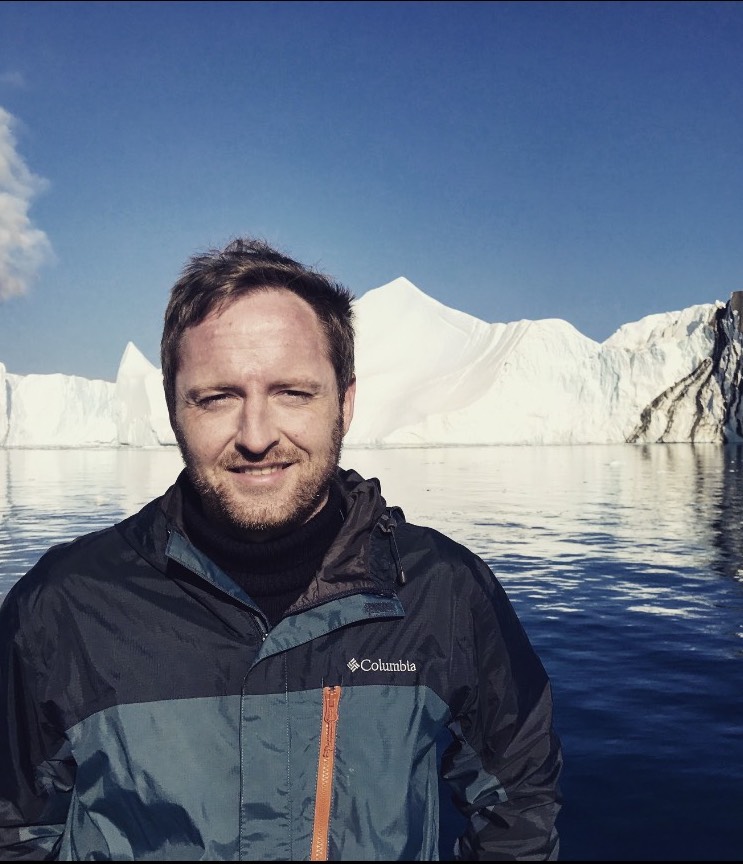 When you were making your own travel magazine, We are Here, what were some of the key challenges you faced, and were you able to resolve them in some way when it transitioned to We are Dublin?

The key issue with We Are Here was publishing them as one-offs in different cities. That meant starting from scratch in a new place and trying to work out the best place to distribute them. Instagram wasn’t around then and it was harder to sell physical products online.

It was easier to promote on Instagram and sell products via Squarespace when I moved back to Dublin in 2014. I only did four issues of We Are Dublin as the time/expense/reward was off and I wanted to focus on other side projects such as The Magazine Blueprint.

You have mentioned that you got the idea of creating The Magazine Blueprint while working on Jashamal Quarterly. Could you tell us about this experience and what was the main trigger that led you to start interviewing people for the book?

Jashanmal Quarterly was a magazine created for a bookshop in Dubai called Jashanmal Books. The first issue was about superheroes and the second issue focused on independent publishing. I wanted to mirror the actual publishing process of making an indie title, so that magazine was about everything from coming up with ideas and design to distribution and marketing. I talked to some very interesting people, and as there wasn’t a ‘how to’ guide to publishing an indie title, I thought it would be worth doing a book. 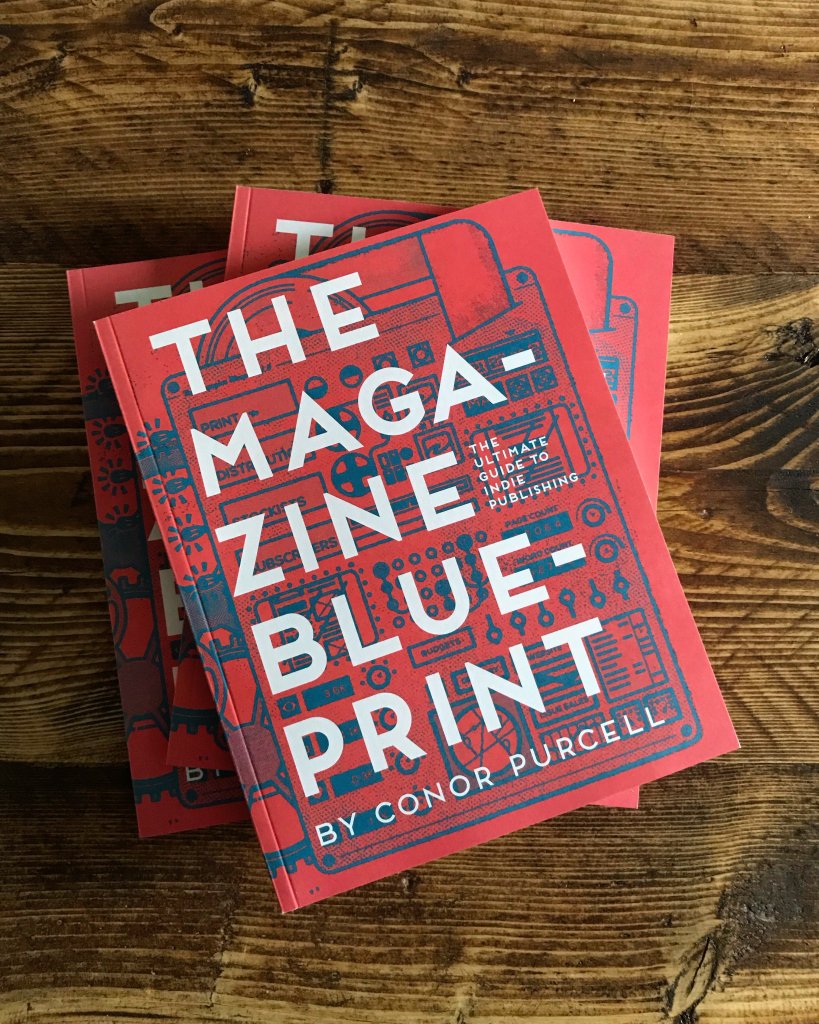 The key thing in any publication is the writing. And while it’s great that anyone can set up a magazine, there are lots of editors out there who don’t know how to edit an article. There are a lot of badly written magazines out there as a result, and while good editing is time consuming, it’s vital to creating a coherent product.

What was your most favorite moment/part while you were executing this book? Have you found any unexpected readers for the book ever since it launched?

My favorite part was when it went to press. It was a long process as I kept adding to it, and eventually I had to decide enough was enough and get it edited, designed and printed. I needed to keep marketing the book right up until last month when I sold the last box of copies (there’s still a few left), and most of that was via Instagram.

It’s been great to get messages on Instagram from people who the book has helped, but I am not sure there is an ‘average’ reader as it’s sold all over the world. I think that was the most unexpected part – seeing it sell everywhere from Canada to Azerbaijan.

You had said in an interview, “I think that is one of the most interesting aspects for me – to try and push the boundaries of the medium.” Could you give us an example of a magazine project you worked on where you were able to execute this with complete satisfaction?

I have never done it to complete satisfaction, which is part of the attraction – there’s no such thing as a ‘perfect’ magazine. When I edited the inflight magazine for Emirates Airlines, I pushed the boundaries in terms of content, rather than design. We would feature everything from reprinted articles from 1960s Esquire to black and white photo essays of gangsters in the East End of London. For a brand such as Emirates, that was fairly boundary-pushing, as was having abstract illustrations on the cover.

We also want to talk about the role of a magazine editor, something you mentioned in an interview to Stack. How, according to you, the role of an editor has or should evolve as the independent magazine space continues to grow?

The key thing in any publication is the writing. And while it’s great that anyone can set up a magazine, there are lots of editors out there who don’t know how to edit an article. There are a lot of badly written magazines out there as a result, and while good editing is time consuming, it’s vital to creating a coherent product. That was part of the reason I included lots of non-indie titles in the book. There’s so much to learn from the likes of The New York Magazine and The New Yorker, in terms of how they package their content and approach articles. Every indie magazine editor should have as much (or more) focus on the writing as on the design. You also do a wide variety of projects apart from magazine and books, like screenwriting for movies and plays. You have even launched an app. Does all of that somehow feed into creating magazines?

I launched the first ever travel app for Afghanistan, funded by the Afghan telecom company, Roshan. I went there twice and traveled around gathering content. It was an amazing experience. I think in some ways it doesn’t matter what the medium is, it’s just good to create, but magazines do involve text, imagery and graphic design, so creating one ticks a lot of creative buttons!

What are the projects you are working on right now?

I am helping re-launch and edit a magazine for Jumeirah Hotels which I really enjoy as I get to work with Olga Petroff, a designer who I worked with for The Jashanmal Quarterly. I am looking for magazine opportunities in London at the moment and would love to get my teeth into a magazine editorial role there. Aside from that, I’m working on two screenplays and trying to finally do a rewrite of a novel.

Which of your magazine projects are you closest to? And what’s your current favorite magazine by someone else?

My favourite is probably the first issue of We Are Here as I did it exactly how I wanted to make it. I also love the first, superhero-themed issue of Jashanmal Quarterly.

I love the The New York Times Magazine. Their covers are amazing and their front of book section is great too. The FOB section is hard to get right and it’s a good way to judge if a magazine is any good! 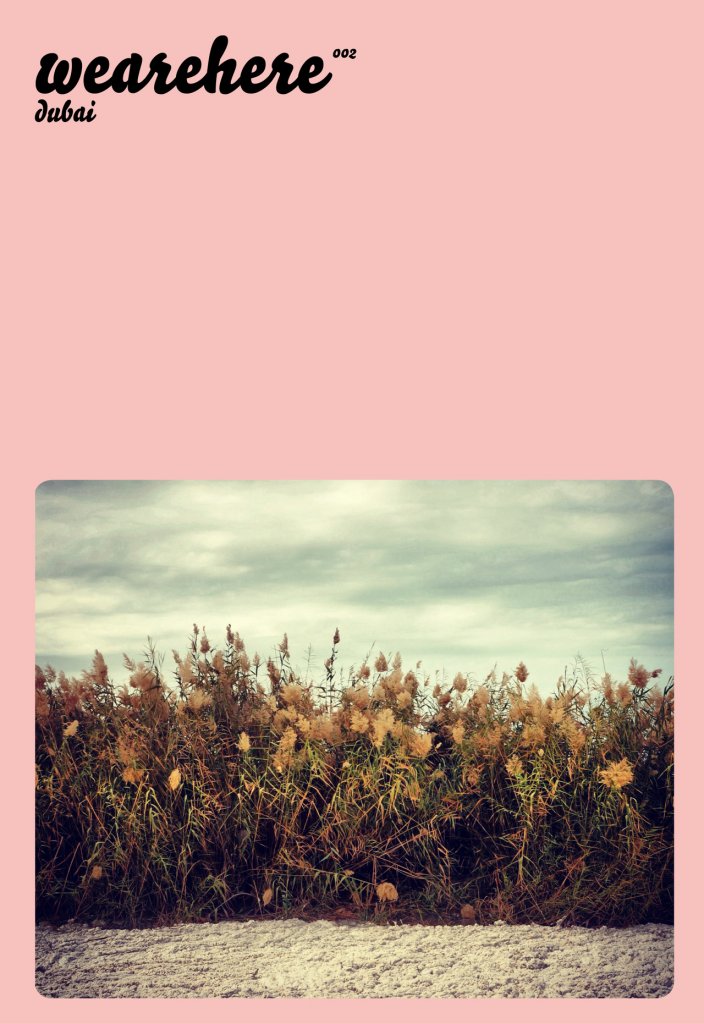