When the coronavirus outbreak first hit, it was hard not to feel completely helpless in the face of so much tragedy. As someone with an audience who looks to me for dating-themed content, I knew that going for something in that vein is where I could be most impactful.

Looking at illustrator Samantha Rothenberg’s work is like consuming a tall glass of reality sprinkled with satire. With her hilarious and brutally honest clap-back comics, she has taken the women on the internet on a whimsical, relatable ride on the woes and perils of modern dating.

Known by her artistic alter-ego ‘Violet Clair’ (which means light purple in French and is her favorite color), Samantha feels that her palette can be traditionally classified as feminine – with a lot of pinks, purples, and pastel colors. But she loves using that aesthetic as a medium for strong, assertive messages. “Someone once called it ‘girly with a fuck you edge’, and I wouldn’t disagree,” she says. And her art has found itself all over New York – murals, greeting cards, bus stands, and even limited-edition hot sauce bottles! 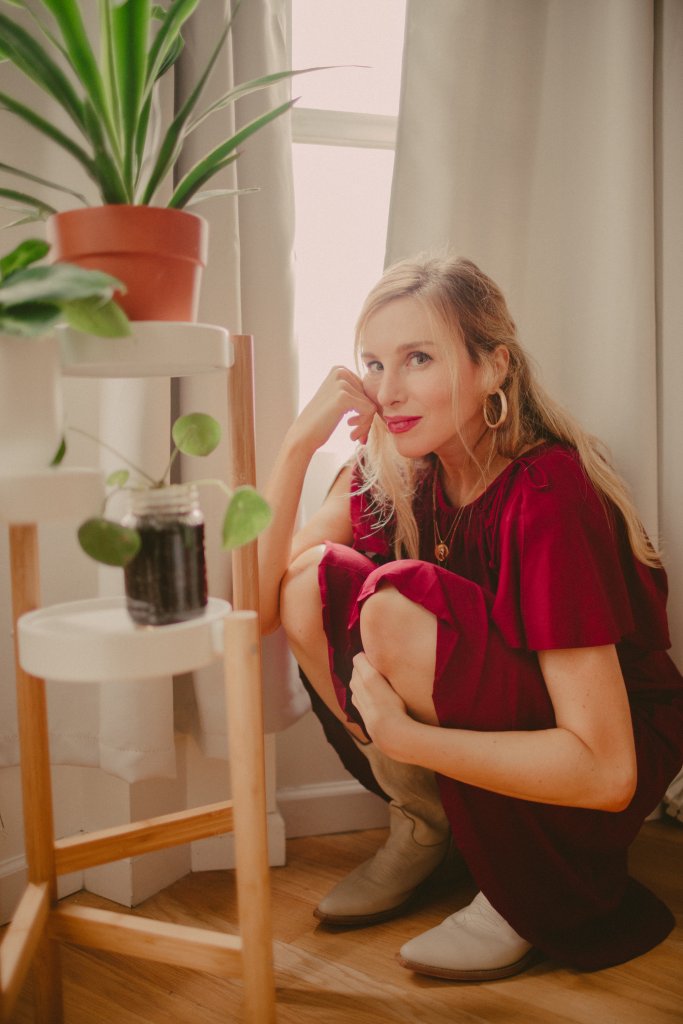 What makes Samantha’s work so appealing is that it is more than just entertaining. Her pretty, pastel webcomics manage to evoke an unexpected cocktail of emotions – a chuckle and a frown – all at once. After all, the creator of the page @violetclair on Instagram laces her dating humor with intelligence, wit, and exasperation by delving deeper into topics like sexism, politics, toxic relationships, and more recently racism and COVID-19.

“When the coronavirus outbreak first hit, it was hard not to feel completely helpless in the face of so much tragedy. As someone with an audience who looks to me for dating-themed content, I knew that going for something in that vein is where I could be most impactful,” she says. To ensure accountability around dating apps, Samantha launched a petition on Change.org in March 2020 for dating apps to take more responsibility and ban users who repeatedly attempt to meet in person. “At the time, none of the apps had any sort of mechanism in place to remind people that they shouldn’t be meeting up in person right now – I started the petition as a way to nudge them to be more responsible,” she adds.

Alongside the petition, Samantha continued to spread awareness around this issue through her own matter-of-fact comics, balanced with the right amount of audaciousness and humor.

I NEED YOU 6 FEET AWAY FROM ME, NOT 5 FOOT 10 INCHES AWAY. #socialdistancing

A silver lining during the pandemic has been illustrating and sharing positive love stories, a recent occurrence on her page which she is quite excited about. “My biggest challenge right now is to keep pushing through and creating even when it feels difficult,” she says.

Known as the ‘Class Daydreamer’ in high school, Samantha dabbled with a 9-5 job before transitioning to being a full-time artist. Her school would coddle children who excelled at maths and science, and had very little to offer to children who were more artistically inclined. “I really internalized the message that there wasn’t a place for me at school or in the world at large. This frustrated me, and I did not see much point in even trying. I spent a lot of high school just sitting in the back of classrooms, doodling and imagining my own world. I was often teased for it and my classmates voted me as the ‘Class Daydreamer’.” Even after school, things weren’t easy. She was once advised by someone that since there are already many illustrators out there, she should try doing something else.

Samantha, however, decided to clutch hard to her passion. From time to time, she reminds herself about the learning from this journey. “Something that I have learned is to just go for it! You can sit around and dream and plan all day, or you can start taking imperfect actions towards your goals – whether they are personal or professional.”

Before her social media account became a treasure trove of wildly funny dating comics, she started out by sharing her politically inspired illustrations during the 2016 American elections. In an interview with Cinnamon Mag, she noted that she had been inspired by memes. As someone who describes herself as shy, she adds, “Humor really is an extension of my personality – I love joking and making fun of things, so it’s only natural that it would end up in my work.” 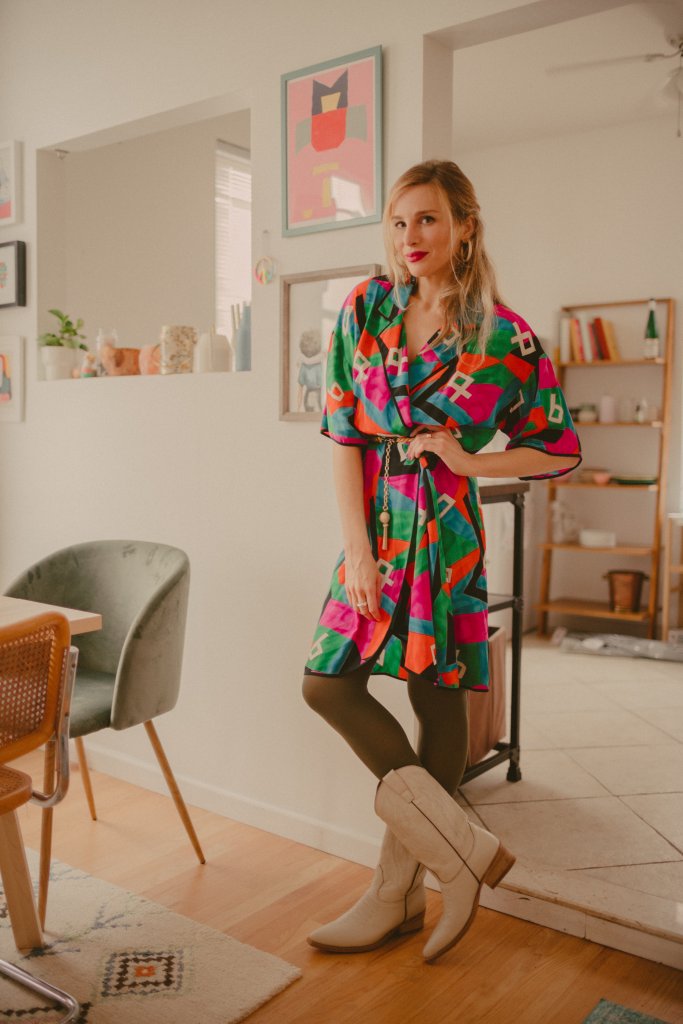 I think art can be a wildly powerful impetus for change, and that is not something I take lightly.

As she ventured into comic creation further, Samantha would create work that was about her life and day-to-day experiences. She says that while the museums and abundance of cultural institutions in New York are endlessly inspiring, a lot of her comics are about dating. “Back when I was single, the sheer number of dates I went on as a single woman living in NYC provided a lot of inspiration.”

However, after a point, the work started to get a bit mundane. She was craving a fresh perspective and new stories, so she turned to her audience for inspiration. She asked them to share their experiences – about red flags on a date, creepy DMs on social media, and being ghosted after that romantic third day. And that led to the inception of ‘Screenshot Stories’ (formerly named ‘Screenshots with Psychopaths’) where she navigates the unspoken and often unexplored guidelines around modern dating and relationships. Anyone with a story or experience to share can send Samantha screenshots of the incident along with some details. The artist then illustrates a comic around the story, shares more information in her Instagram Highlights, and encourages her followers to discuss their thoughts through the comments section. All submissions are anonymous, and the characters illustrated are always referred to as ‘Jane’ and ‘John’. “It’s one of the best things I’ve ever done for myself inspiration-wise, and it’s a technique I still employ today,” she says. 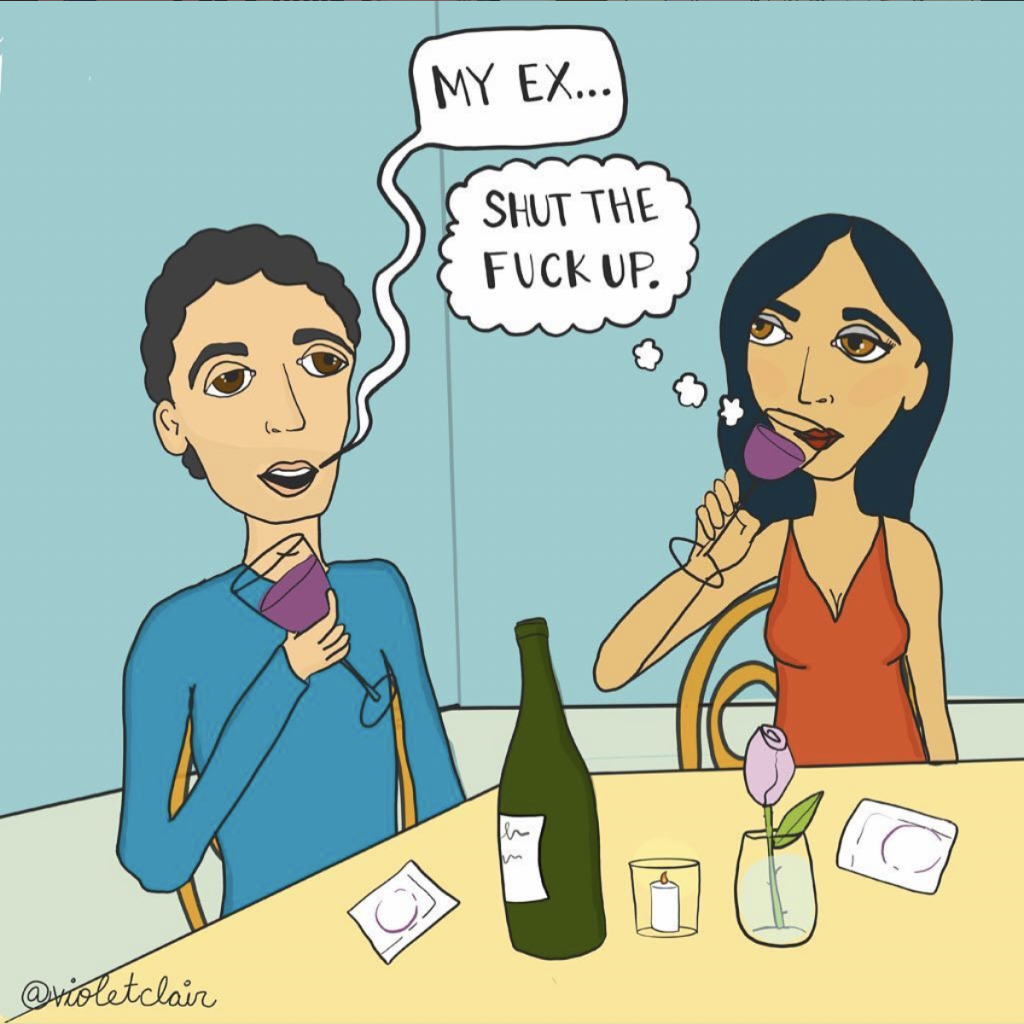 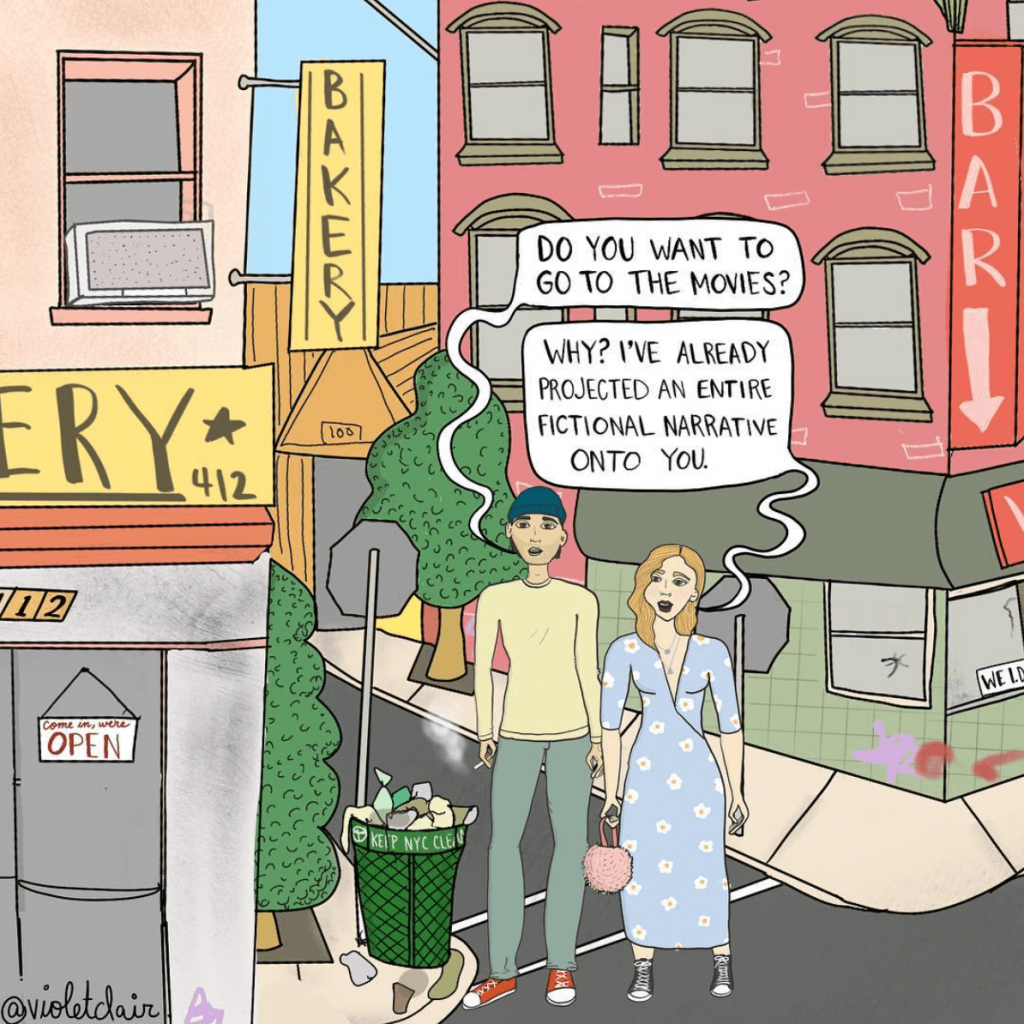 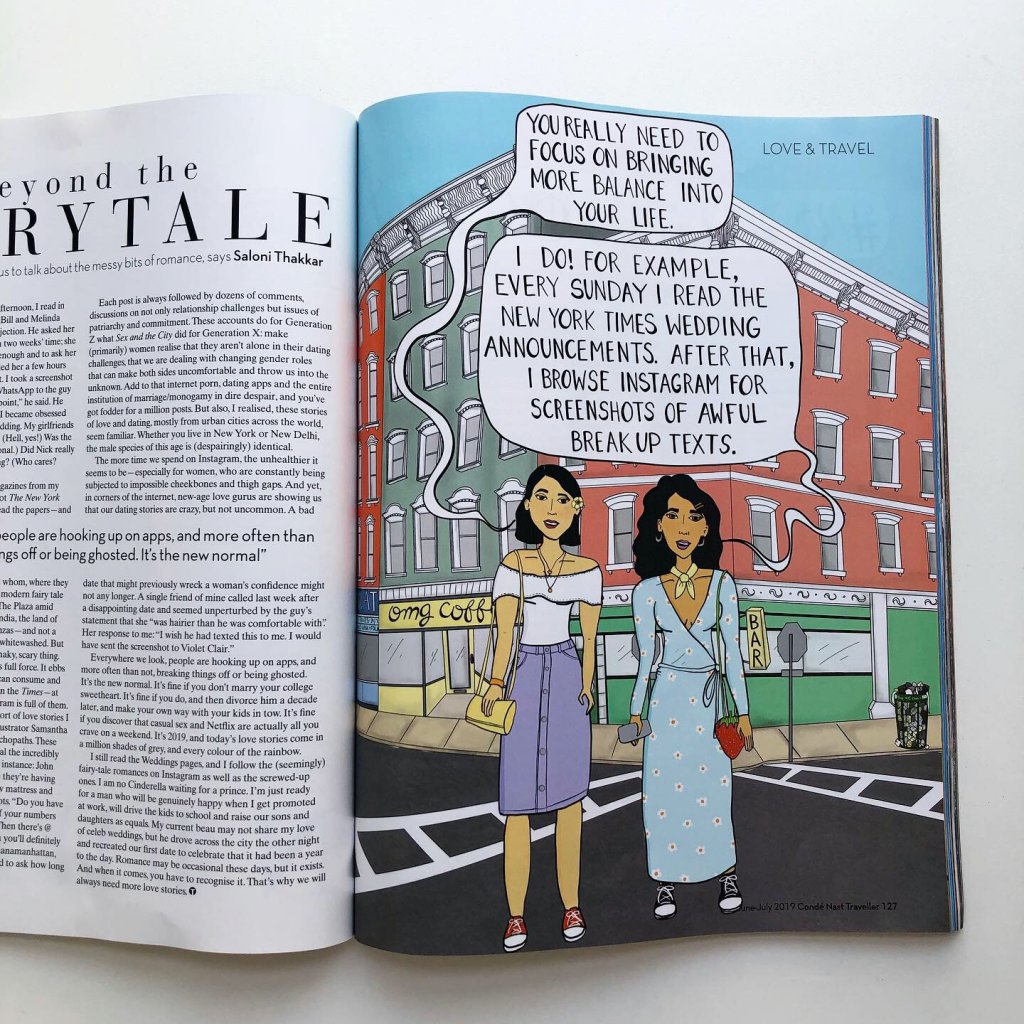 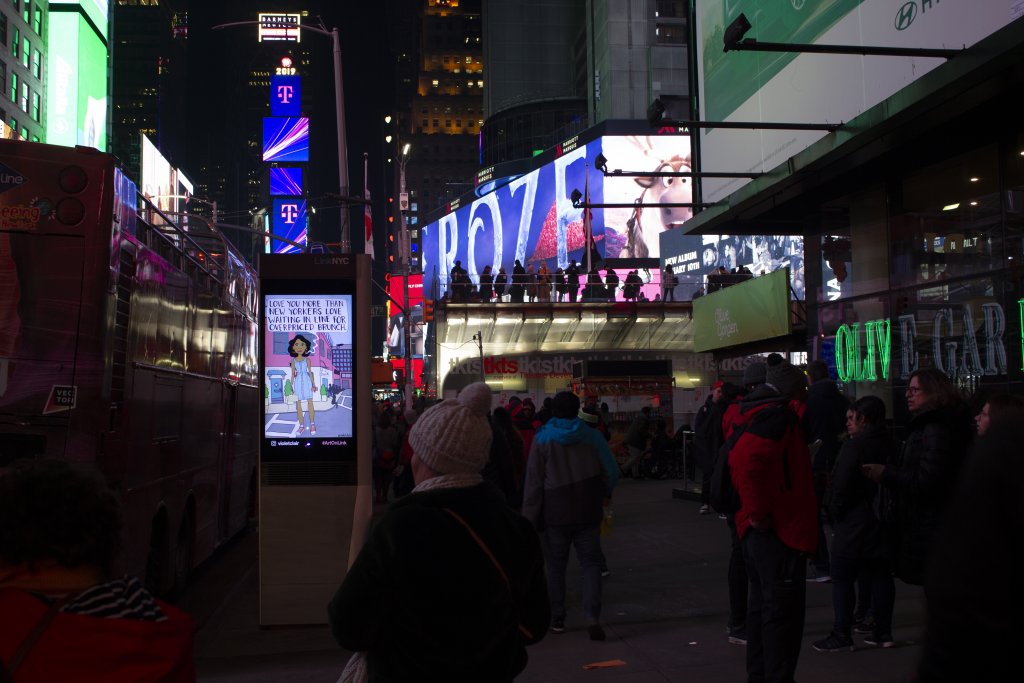 Alongside being great collaborators, her community of two hundred thousand plus Instagram followers have often changed her opinion, especially with Screenshot Stories. She says, “When Screenshot Stories first came out, I would present a story, and usually have a very strong opinion to go with it. On more than a few occasions, the conversations and feedback that happened in the comments caused me to reconsider or change my stance.  Learning and growing with my audience right beside me has been a very powerful experience.”

But as with us all, her social media scoops bouquets as well as brickbats. As someone who maintains constant communication with her audience, she also knows that it is important to draw lines on trolling and negativity. “I like to think I can tell the difference between constructive feedback and straight-up trolling. If it is the former, I will always listen and try to learn, if it’s the latter, I will block immediately, because I don’t have time for that,” she says.

At the time of writing this piece, the #blacklivesmatter protests have taken over the USA and the world. And Samantha’s webcomics reflect the sentiment. As of late, she has been using art to start conversations around multiple issues around the subject – from the killing of Breonna Taylor to the racism faced by women of color on dating apps to urging people to vote (a funny animated piece where voting is literally shown as an important tool to shut Trump up from talking bullshit).

“I think art can be a wildly powerful impetus for change, and that is not something I take lightly,” says Samantha. 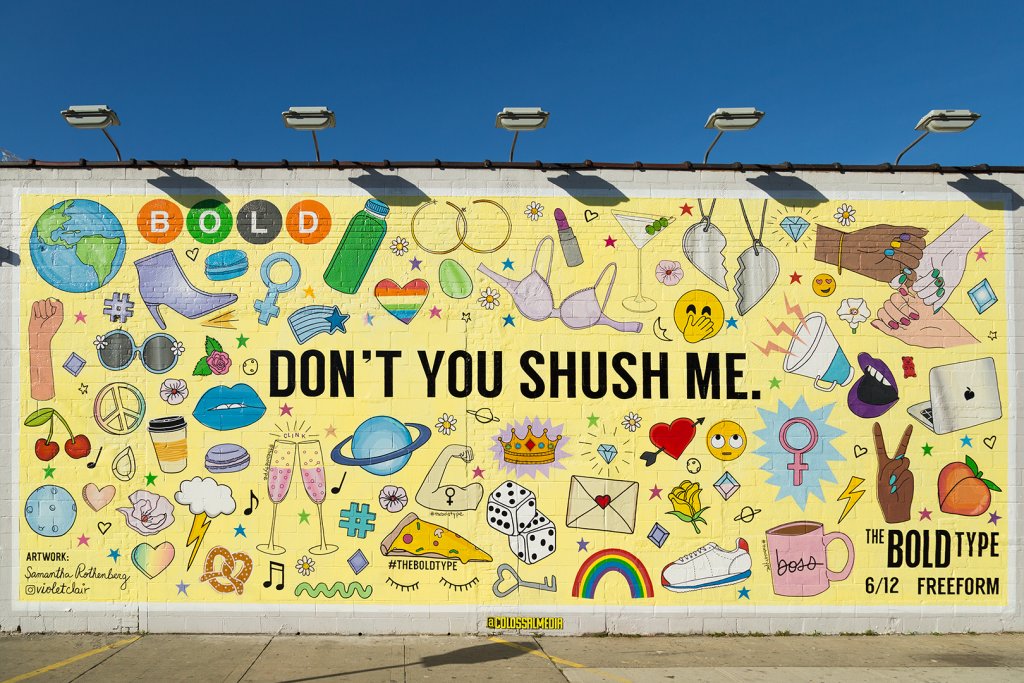 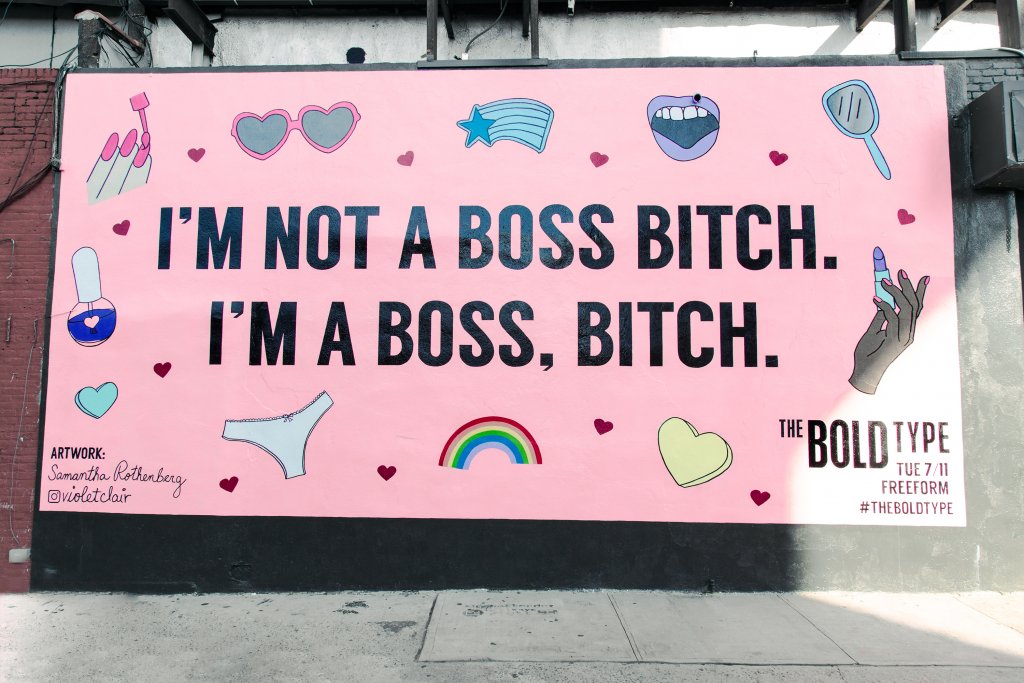 Happy birthday beautiful Breonna, you mattered so much. Click the link in my bio to donate to her family’s gofundme. #breonnataylor #sayhername