An independent art director and illustrator based in Singapore, Elen Winata works across various mediums like illustration, digital, design and advertising. She studied graphic design from The Art Institute of New York City, and then worked at Kinetic, a local design house in Singapore, and eventually as an art director at Tribal Worldwide. Her portfolio includes brands like Airbnb, Google, Starbucks, Uber, National Geographic, Unilever, among others.

In this interview, Elen talks to us about many things including her work, personal projects, freelancing, travel, Singapore, technology, and museums. Read on: 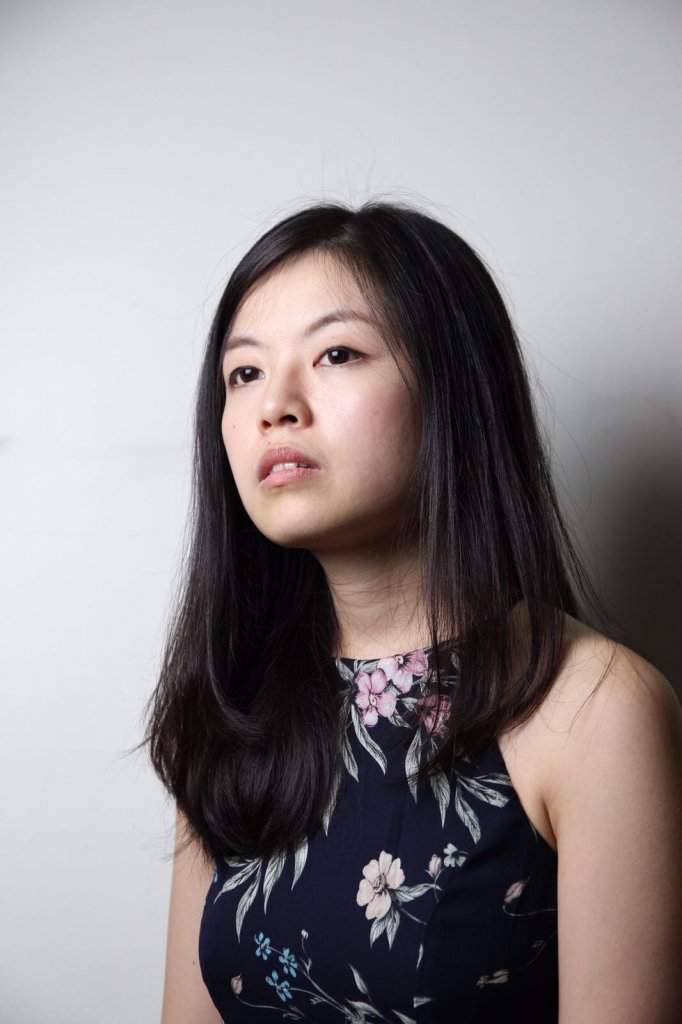 Could you tell us about your childhood?

I grew up in Medan, Indonesia – a small city in Sumatra. It’s an hour flight away from Singapore. Growing up as a quiet kid, drawing had always been an easy escape from the daily grind, helping me unwind my thoughts. I was that kid who doodled on any and every surface, including my exam papers. I was raised in a family of five, and was the middle child amongst three siblings. I joined art classes at a young age, and my family had always been supportive of my art and often gifted me art materials.

What influenced you creatively when you were growing up?

I can say that comic books and cartoons have influenced my creativity the most, without giving it another thought. I began drawing by copying existing drawings from books or TV shows.

When and how did you realize you wanted to pursue design?

Since I’ve always loved to draw, choosing to major in art at college was one of the easiest decisions I’ve ever made. At the time, I wasn’t aware of what all design entails. I only wanted to draw. Today, I feel grateful to have followed my gut, which has allowed me the privilege of doing what I love for a living.

You went to the US to study at The Art Institute of New York City? How was that experience?

Moving to New York for school was definitely a culture shock to me. I was brought up as a passive child, but people in New York weren’t afraid to speak their mind. I grew extensively, both creatively and personally. New York being a melting pot also enabled me to get to know people from different backgrounds and get opportunities that would be otherwise be hard to come by. 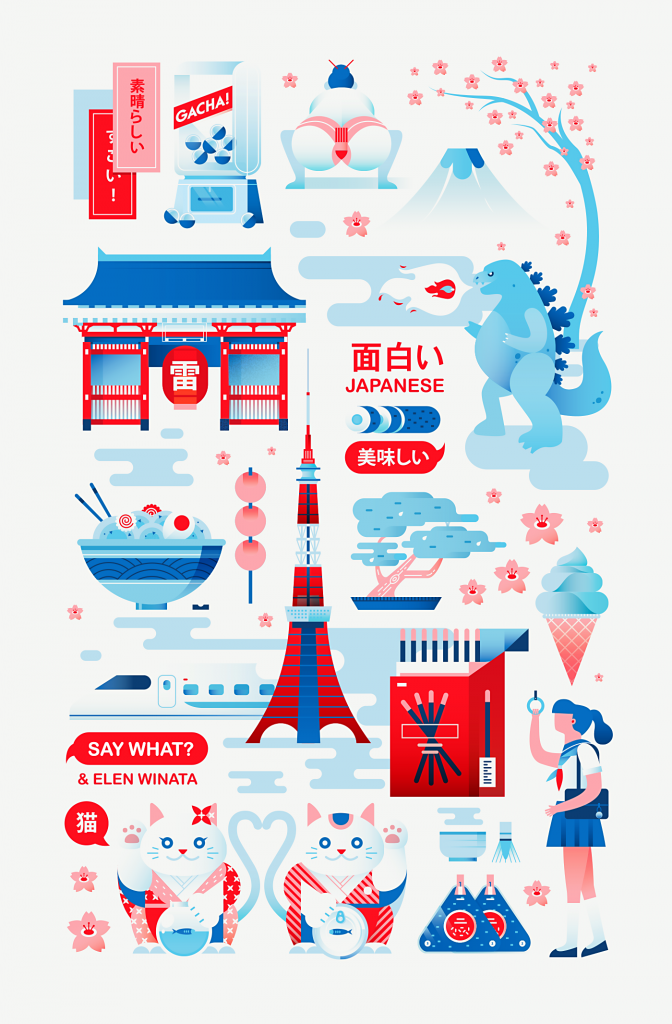 How was your experience of working at Kinetic and Tribal Worldwide? And then when did you decide to become a freelancer?

Kinetic and Tribal Worldwide are two extremely different agencies, but nevertheless, they’ve both helped me to learn and grow into the person I am today.

Kinetic is closely-knit and is like an extension of a family. Everybody helps to bring out the best in each other’s works. Everyone also gets a fair chance to work on projects, which was a priceless opportunity for fresh graduates like me at the time. The company’s detail-oriented and hands-on approach to design also influenced my way of work. I think that I’ve learned more in my two years at Kinetic than I have anywhere else.

Tribal Worldwide is more bent towards advertising and is structured in the sense that each person is typically assigned specific brands to work on during their tenure in the agency. I’ve met many bright minds there, who’ve guided me in creating ad campaigns from scratch to finish. My experience at Tribal has taught me to manage projects from a bird’s-eye view – to look at a project at its entirety and not the sum of its parts.

I decided to freelance when I realized that I wanted to focus on illustration projects. As illustration is a specialized field, I couldn’t pursue it to the fullest if I was still tied to an agency. I also enjoy the freedom freelancing gives me. I am the kind of person who becomes stagnant by staying in the same place for too long, so the spontaneity of freelancing drives me to work harder.

Moving to New York for school was definitely a culture shock to me. I was brought up as a passive child, but people in New York weren’t afraid to speak their mind. I grew extensively, both creatively and personally. 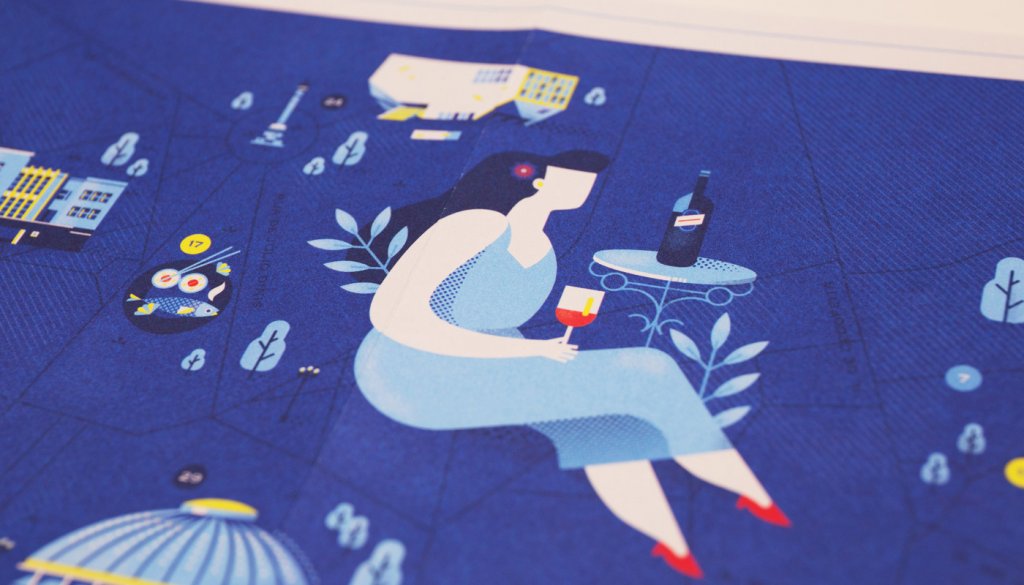 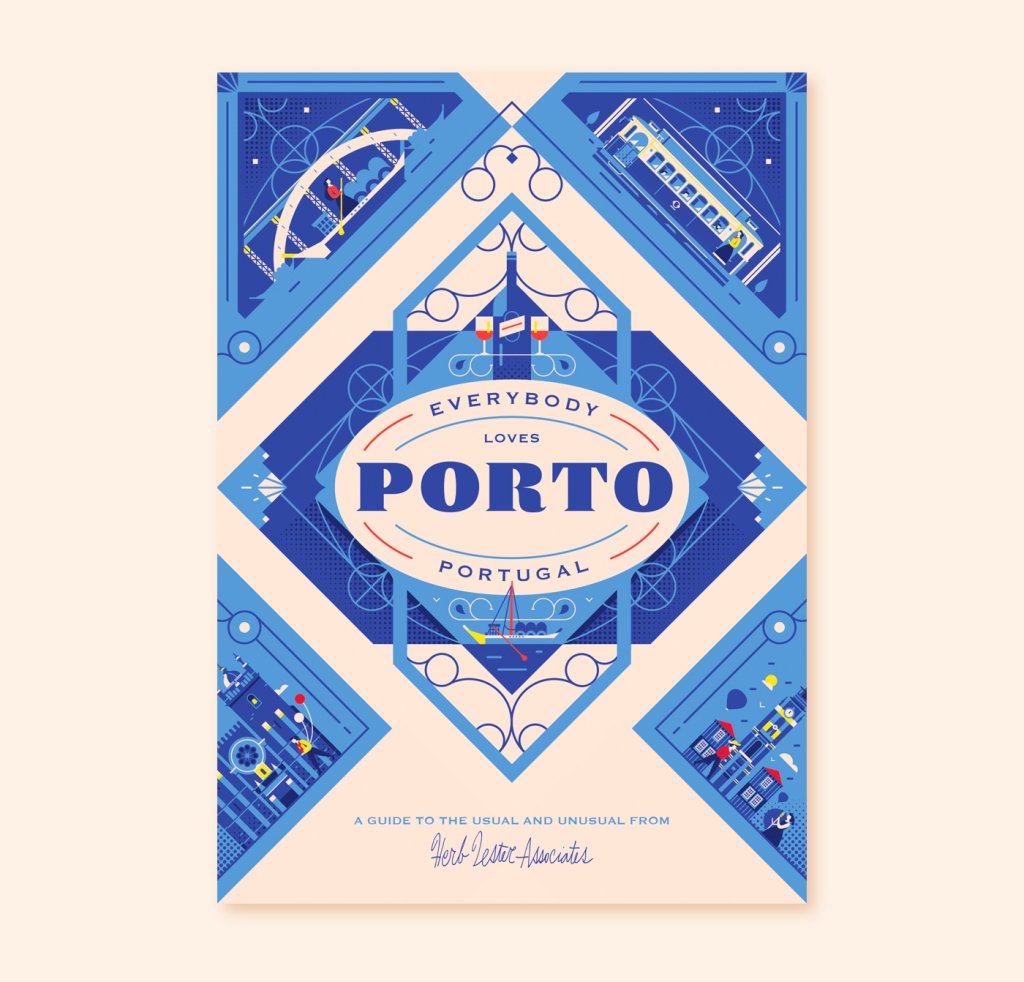 Are there any particular disadvantages of being a freelancer?

I enjoy working independently with occasional collaborations – after all, exchanging ideas helps create and produce interesting, diverse works. I can’t think of any disadvantages of freelancing at my end, but my other freelancer friends have cited income instability as one of the main drawbacks of freelancing. I personally view the lull between projects as a gold mine for passion projects.

Could you pick one of your personal project and tell us about what inspired it?

One personal project that I hold close to my heart is my print titled ‘Phenomenal Women’. It was inspired by the strong women who had fought against gender bias and paved the way for the ones who’d come after them. Growing up in a patriarchal society where gender roles were clearly established, I felt that this project could be a small effort towards changing that mindset. 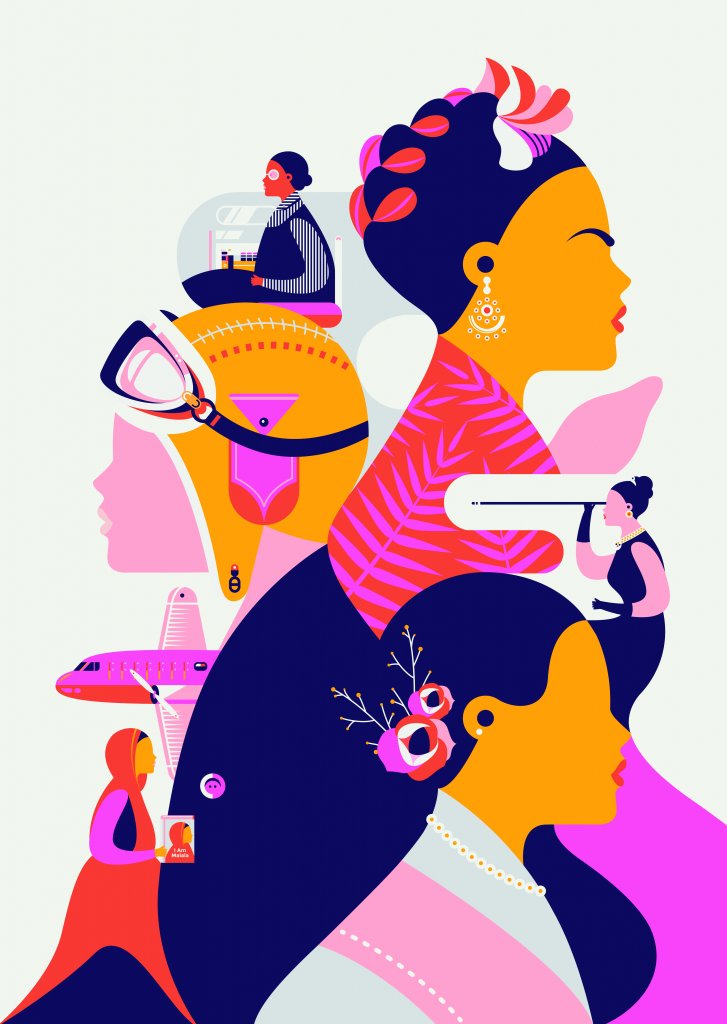 I love going to the museums to see how far we’ve come in terms of discoveries and evolution of cultures. There’s always something to learn by observing the past, seeing what has led it to today’s world.

How do you balance between your commercial work and personal projects?

I’ve learned to maximize my time between projects, and usually have a list of personal projects I’d like to work on when I have any extra time. I also try to limit the amount of projects I take, so I always have time for my own work.

I’m a night owl and do the bulk of my work from 8.00 pm to 4.00 am. I spend the rest of the day running errands, attending meetings, answering emails, and planning projects.

How much and in what specific ways, does technology help you as an artist?

Technology has helped me immensely – things that could have taken days 20 years ago now only take a couple of minutes on the computer. For instance, laying out and planning artworks is much easier. Technology has also helped me share my work with the world. Numerous clients have found my work on the internet before engaging with me for campaigns. This is something that truly benefits my art as collaborations are no longer tied to a specific country or region. Anyone can work together from anywhere as long as they have Wi-Fi! I also enjoy the freedom freelancing gives me. I am the kind of person who becomes stagnant by staying in the same place for too long, so the spontaneity of freelancing drives me to work harder.

How does Singapore inspire you and your work? What do you like and dislike most about it?

Singapore, being a hub in Asia, has made design very accessible to me. There are zillions of art festivals throughout the year, which is a great way to discover and connect with local and international artists. I also like how tight-knit the design community is here. Everybody seems to know everybody else through their work and style.

What I dislike is probably the lack of awareness of what design is, to the general public. Many people still look at it as an undesirable career path leading to an uncertain future, overlooking the fact that design is everywhere and is an integral part of our everyday lives.

There are quite a few travel related projects in your portfolio like Airbnb, Stamps, Porto etc. Do you consciously choose travel projects? Also, do you get to travel much?

I do not consciously choose travel projects, but maybe travel projects choose me (haha). I try to travel at least twice a year for a creative recharge. Being in a different environment and meeting people from different cultures help me become more versatile as a designer. 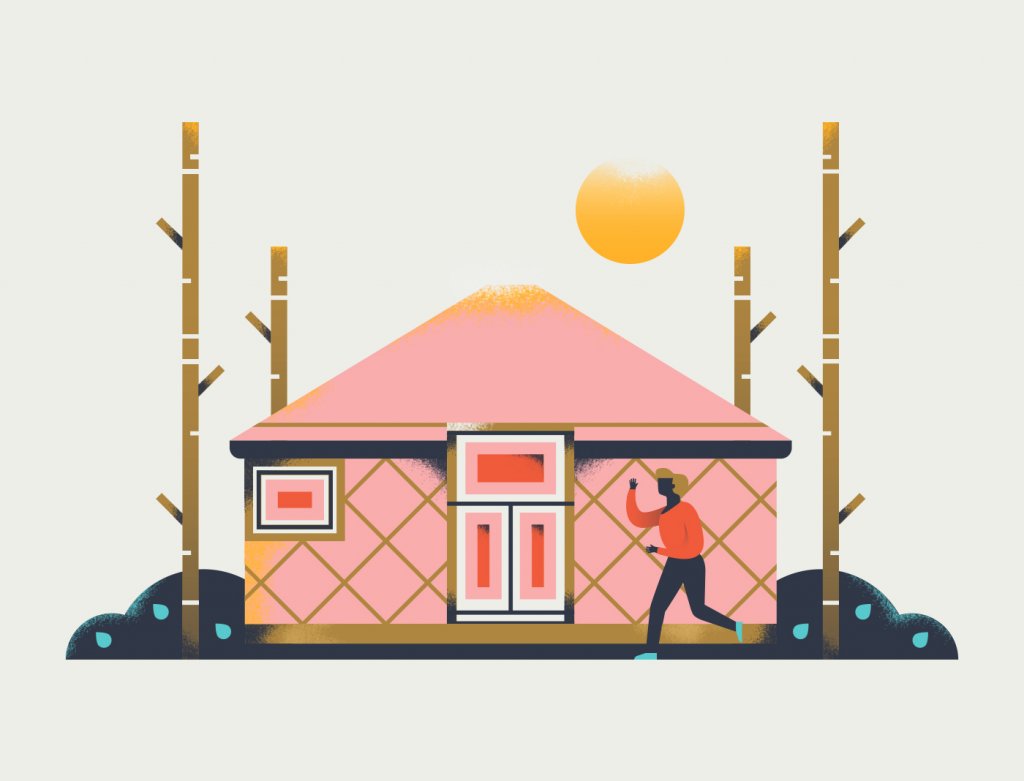 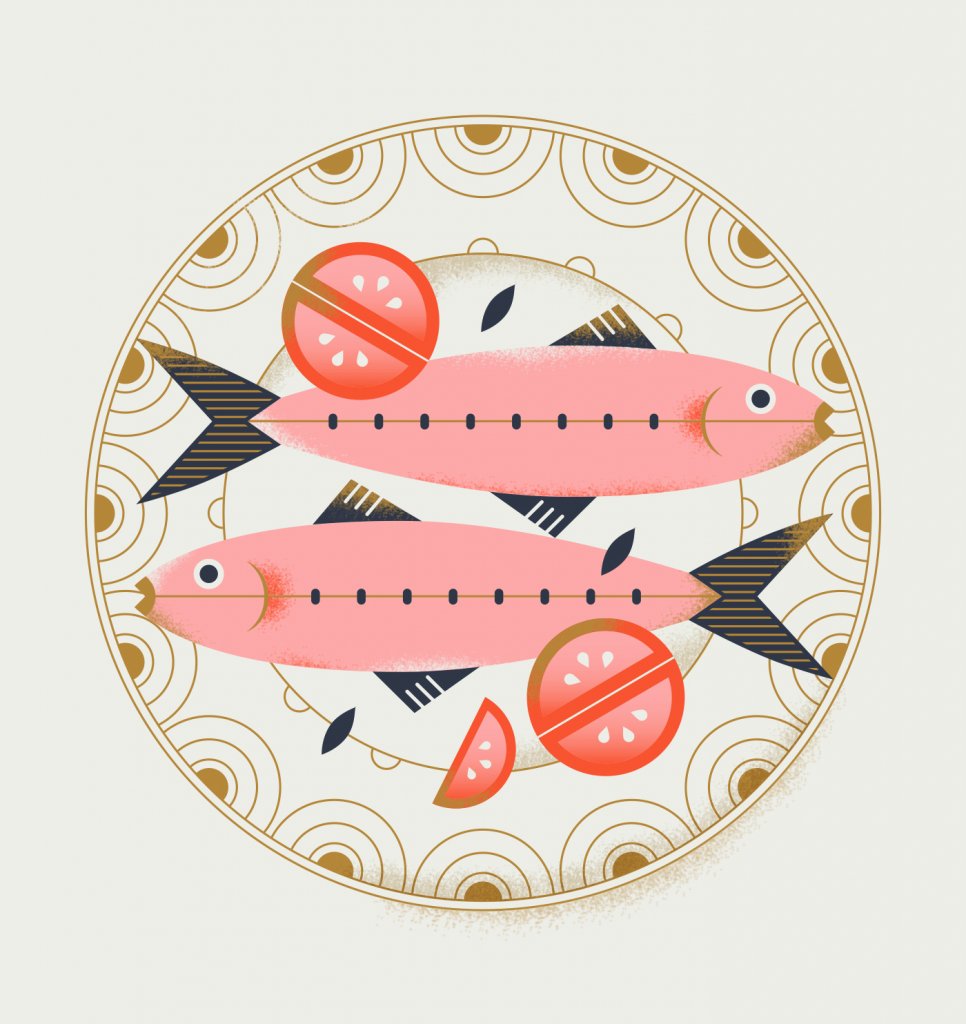 I try to travel at least twice a year for a creative recharge. Being in a different environment and meeting people from different cultures help me become more versatile as a designer.

Who are the artists around the world that you really admire?

Currently, I’m obsessed with the works of Ignasi Monreal. He has a very distinct style, which is realistic and surreal at the same time. That’s a hard balance to maintain.

What are some of your biggest inspirations in life?

I love going to the museums to see how far we’ve come in terms of discoveries and evolution of cultures. There’s always something to learn by observing the past, seeing what has led it to today’s world. I wish I could say that we’ve made great advances from who we were, hundreds of years ago. But often, there are parallels to be drawn between the past and the present.