A lot has changed for Riyadh-based artist, Eiman Elgibreen, since we last interviewed her in 2016.  As we catch up with her, we are pleasantly surprised to know that amongst other things, she has made her curatorial dreams come true. She tells us more about her journey into curation and gives us a glimpse into a recent exhibition that affected her views during the pandemic.

Eiman says, “I drifted towards curation because I reached a point where I wasn’t pleased with the muted voice other curators gave me anymore. I was fed up with the countless times my work’s message was flipped to please the audience’s expectations and feed the negative stereotypes and preconceptions about women from my country. Therefore, curation became my new art medium!

I faced two difficult years trying to get anyone to give me a chance to curate something. I had several curation projects that were ready and welcomed by a few places internationally, but I lacked the funding to ship the works. When I was almost ready to quit my dream, things suddenly changed. I was invited to curate a couple of exhibitions at the same time. Of course, there was a series of events that led to it, but it all happened fast.

One of these projects was a dream since 2013. I was invited to curate the Saudi Pavilion of the Venice Biennale, 2019. The exhibition was titled ‘After Illusion’. The pieces responded to touch by making certain sounds, and we encouraged the audience to experience that. What I am grateful for is that my approach to the main theme not only mentally prepared me for this pandemic but also became a positive approach. The concept I proposed was encouraging the embracement of uncertain time as an opportunity to infuse creativity with imagination and exploration. Funnily enough, the main theme of the biennale is based on the idea of surviving uncertain times, and they used the story of the West accusing China of casting a curse on them… such a bizarre coincidence.” 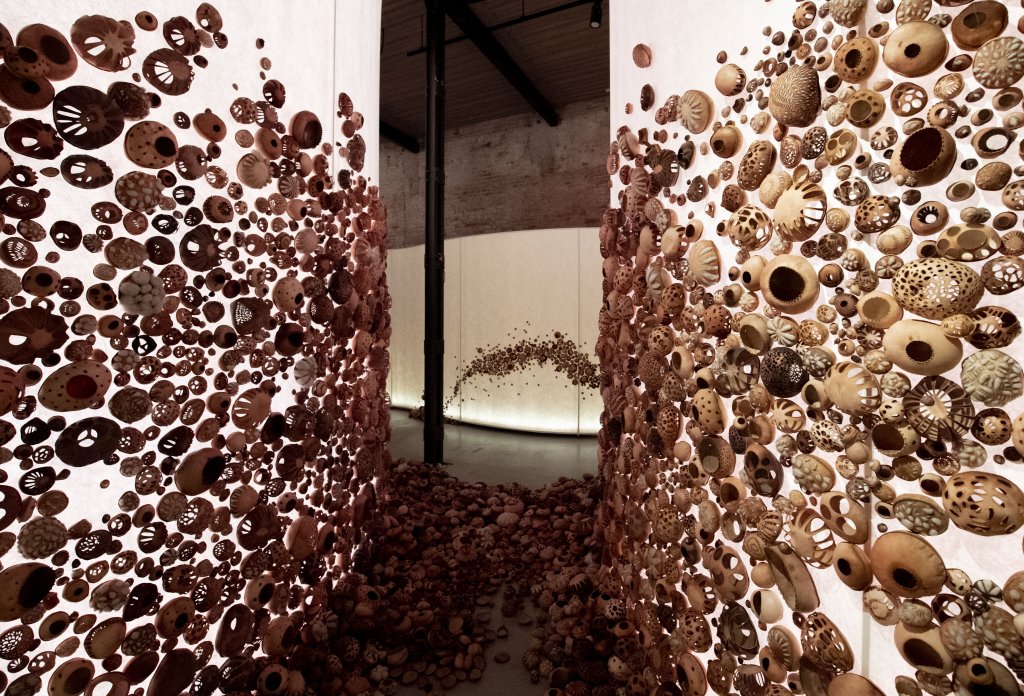 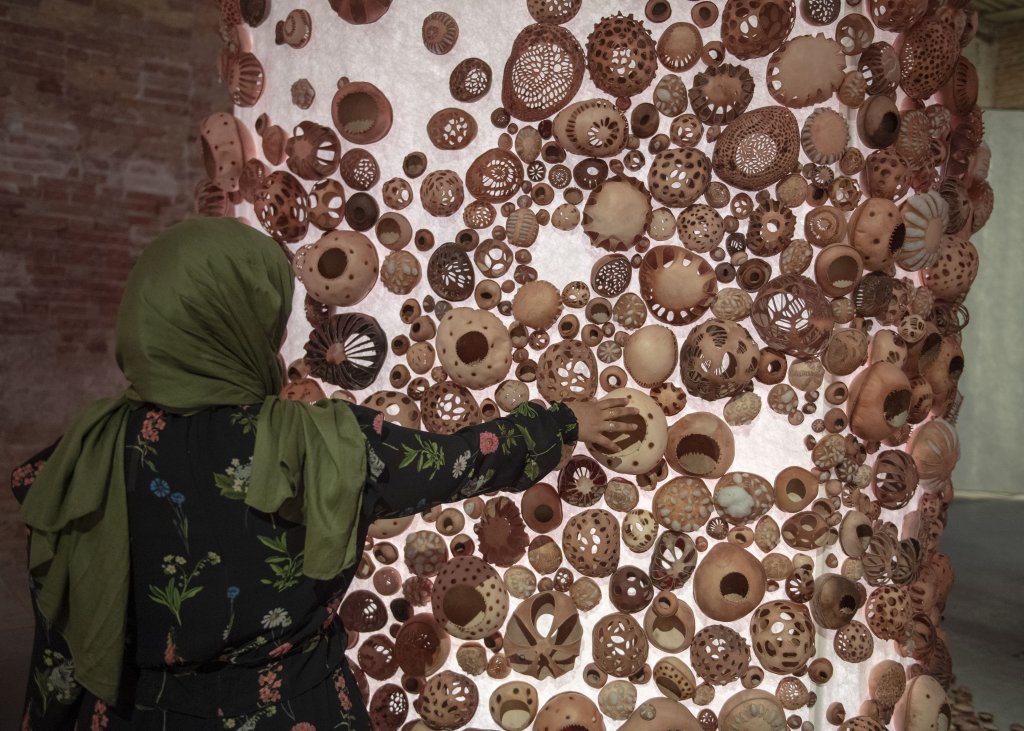 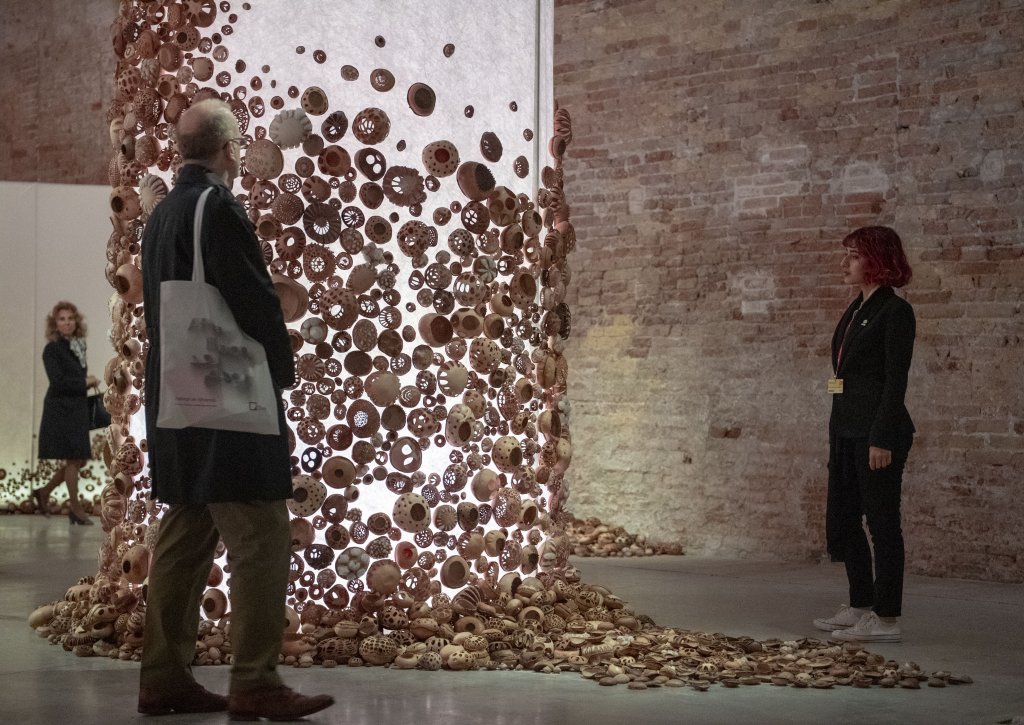 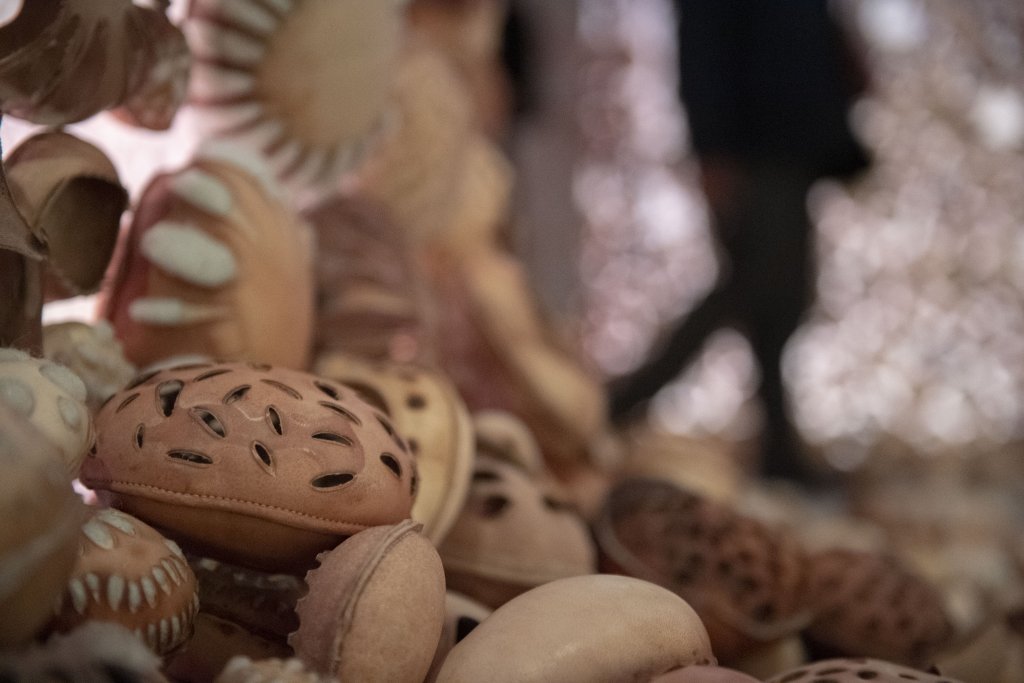 Eiman tells TFM that she curated a few other exhibitions afterwards, and they were all met with great support. When asked about how she and her work have been affected by the pandemic and the lockdowns, she delves into her recent exhibition in Italy.

She says, “This exhibition took place in Venice as well. A local gallery named ‘Made in..Art Gallery‘ loved my work for the Saudi Pavilion so they invited me to co-curate an exhibition for their artists. The gallery owner, Enas Elkorashi, and the curator, Chiara Boscolo, suggested a theme on time and space. However, being the person I am, I cannot see things the way others see it. I started a conversation with my fellow curator, proposing the idea that time and space are overrated and it’s the human presence that gives them their value. Therefore, we shall only show work that forces the audience to interact with it using one of their senses (touch, hear, etc) to activate the aesthetic experience. We played with words and called it ‘In All Senses‘ and worked with artists Anna Ippolito and Marzio Zorio. This happened in early February (before the pandemic hit Italy). Chiara loved the concept and started working on the exhibition and we planned everything together including the layout. However, one week before the opening, Italy was severely hit by the virus, so we had to cancel the exhibition. As sad as this was, it was also an interesting moment to see people rethink the concept of time and space. People around the world felt that 2020 was a void because they could not enjoy the direct interaction with pretty much everything around. We are no longer able to touch anything, even our loved ones!

Finally, Chiara was able to inaugurate it in June, and she was thrilled with people’s reactions towards the works. It was only a week or two after the end of lockdown in Venice. People were excited to be able to visit an exhibition finally, so imagine their experience of interacting with the work while wearing gloves and masks. It gave an added dimension to the whole curatorial statement.”

After these curatorial projects, Eiman finally felt satisfied that she could share her views of the world without being trapped in specific agendas. She says, “Therefore, I decided to go back to making art. I received a commission for a new art project that will hopefully be revealed in October. It combines many contradicting elements, but to me, it all makes sense. My main goal is to make others feel the same.” 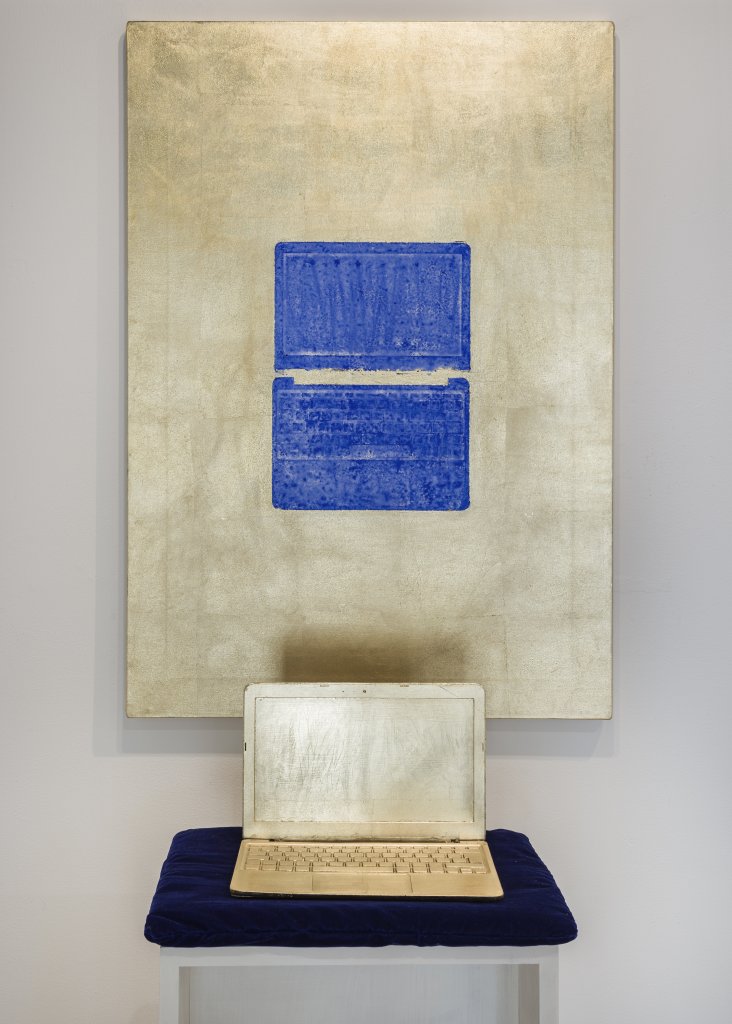 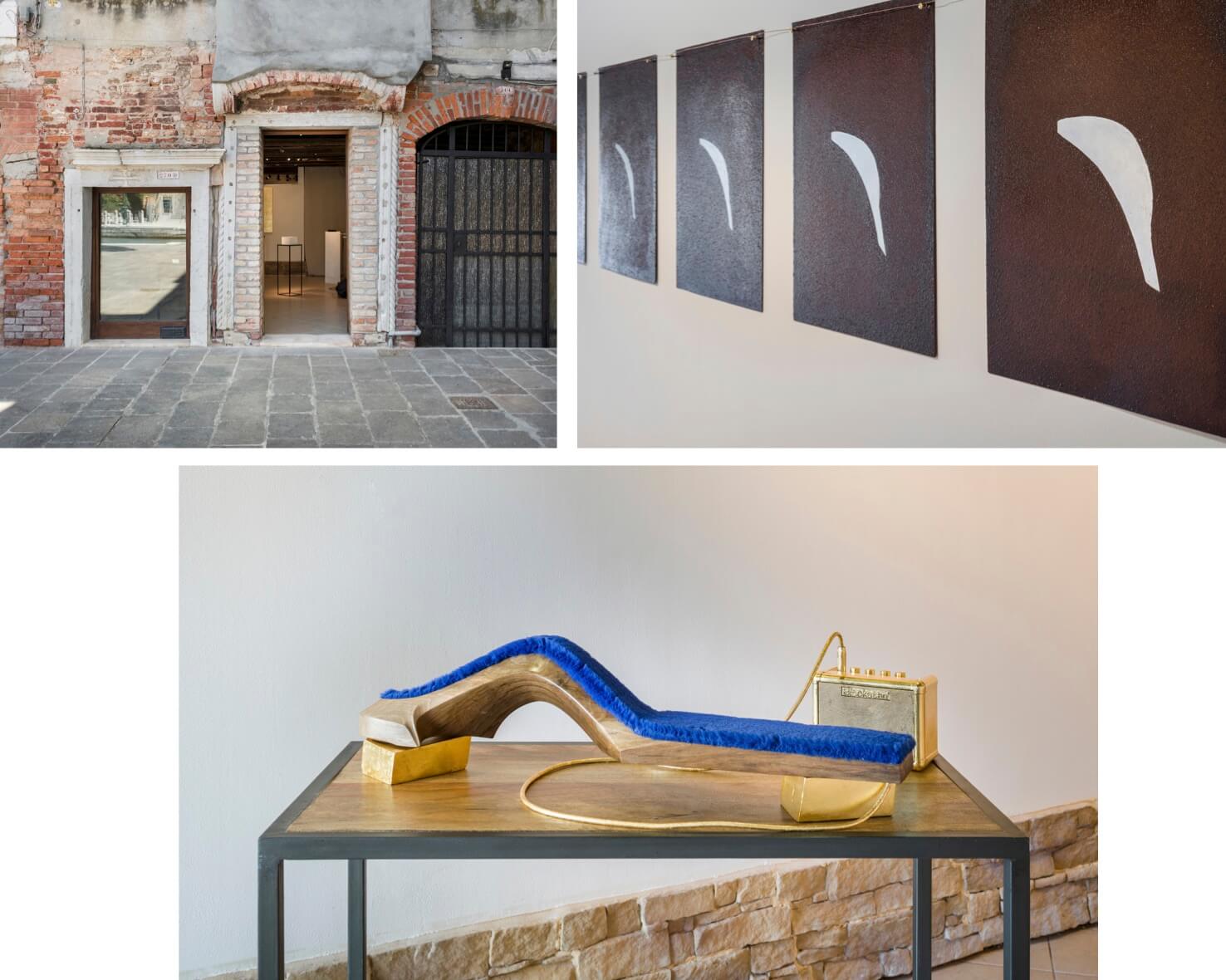